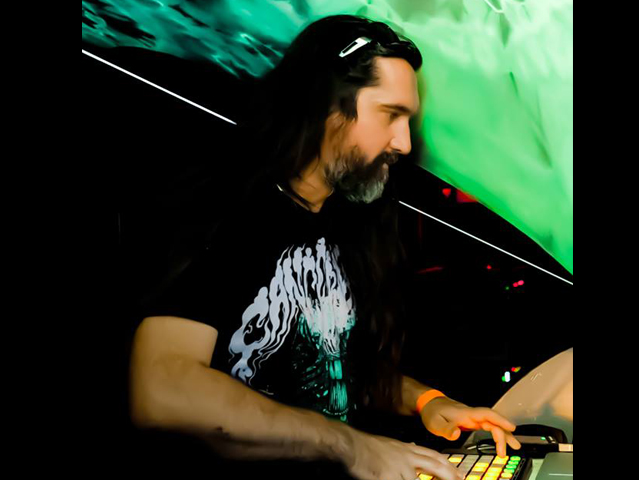 Fagin’s Reject aka London based Phil Getty comes from a psychedelic rock and metal background and was first exposed to trance music in 1992 at London based Goa parties, and quickly began to collect the limited vinyl it was released on. Soon after, he made his way to Goa and has been attending parties and festivals all over the world ever since.

After returning from India in 1994 he became a member of Lost Sector, an early Techno-Acid group made up of Bill Robin from Warp Technique/Bill & Ben, and Benny Ill from Horsepower Productions/Tempa, which had several releases on Fishtank Records.

Originally a bassist and funk DJ, Phil started producing Psytrance around 2003 out of a need to express musical ideas. It was only after attaining a music technology qualification in 2008 that making music became more serious to him, and so Fagin’s Reject was born.

Since then, Fagin’s Reject has spent two happy years with UK underground label Psynon Records, where he played all over Europe and had many releases, but is now on a mission to push his sound further and deeper into unchartered territory, with his original, funky style. His debut album ‘Dirty Protest’ was recently released on Wildthings Records.